You are here: Home > FARSEEING at GSA 2014
By Lis Boulton on January 10, 2015 in FARSEEING Publications and Presentations, News 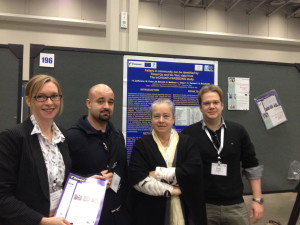 In November 2014, four of our FARSEEING researchers attended the 67th Scientific Meeting of the Gerontological Society of America.   Stefania Bandinelli and Marco Colpo from ASF presented some results from the In-Chianti – FARSEEING study with Sabato Mellone from the University of Bologna. They were able to discuss the ability to identify people at risk of falling from Timed Up and Go test data. 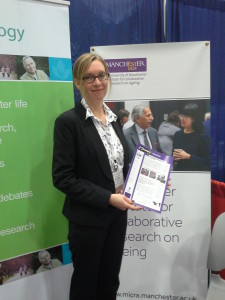 Lis Boulton, from the University of Manchester, talked to people about the FARSEEING project at a stand in the Exhibition Hall on each of the four days that it was open. Lis shared the stand with other researchers from Manchester and from the British Society of Gerontology. There was a great deal of interest in the project and many good contacts were made. Lis also gave a mention to FARSEEING at the end of her presentation about her own PhD research. Thanks Lis! 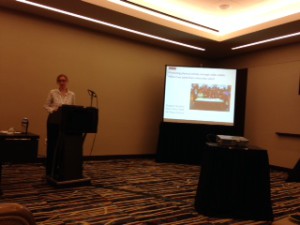 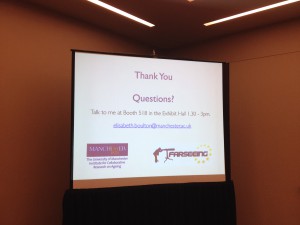 View all posts by Lis Boulton →